Featured in Chicken Soup for the Soul 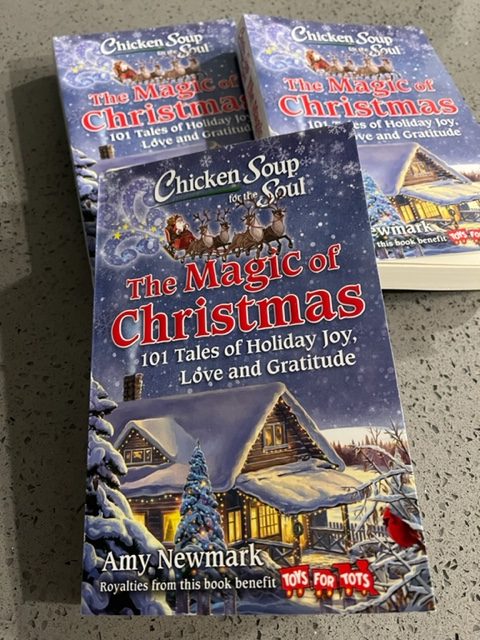 Thank you for reading Joy for Loss in  The Magic of Christmas. Here is the guide for unwrapping someone’s Christmas. Please share your stories on FB at TonyaAnn, Writer or email me.

During the 16th century, England forbade religious teaching other than its official state church. For the next three centuries, those who refused to join this state church developed creative ways to teach their children their beliefs. One popular method was to use song and lyrics. The Christmas carol,  “The Twelve Days of Christmas” could be sung freely with its theme of a rich benefactor who loved to give. The spiritual significance alluded to God and his gifts to his beloved children. Each of the twelve gifts represented a spiritual truth. The repetitive pattern added to the meaning. Just as the verses repeat, so God’s gifts and blessings continue to flow.

December 13       On the first day of Christmas, my true love gave to me, a partridge in a pear tree. A partridge is a small bird like a quail.  It was known as a valiant bird, willing to fight to the death to defend it’s young.  The bird’s readiness to die for its young made it an ancient Christian symbol of Christ. The original gift of Christmas was Jesus, sent to earth from God. The pear tree represents the cross. John 3:16

December 15  On the third day of Christmas, my true love gave to me three French hens. . .French hens were valuable poultry during the 16th century, only the rich could afford them. These costly birds symbolized the three valuable gifts given to Jesus by the wise men:  gold, frankincense, and myrrh. Gold was the most precious of all metals. Frankincense and myrrh were expensive spices used as incense. Matthew 2:10-11

Suggestions:  3 Cornish hens in a basket, 3 gift cards to a chicken restaurant

December 16  On the fourth day of Christmas, my true love gave to me, four calling birds. These are reminders of the four gospel writers:  Matthew, Mark, Luke, and John. These writers of the first four books of the New Testament proclaimed the testimony of Jesus’ life and teachings. Like birds calling out with loud and distinctive voices. Matthew, Mark, Luke, and John spread the news of Jesus’ life, death, and resurrection. They called people to faith in Jesus as their Savior. John 20: 30-31

December 17  On the fifth day of Christmas, my true love gave to me, five golden rings. . .Gold rings are the most valuable and treasured of gifts. These five golden rings represent the first five books of the Old Testament:  Genesis, Exodus, Leviticus, Numbers, Deuteronomy. These books, known to the Jews as the Torah, were treated with great reverence, and considered to be worth more than gold. In these books, Moses records the creation story and the beginning history of the people of Israel. Deuteronomy 34:10-12

December 18   On the sixth day of Christmas my true love gave to me, six geese a laying. . In many cultures, eggs symbolize new life. Six geese laying eggs become reminders of the six days of Creation when God, by His word, brought forth life on earth. God spoke and filled the earth with plants, birds, animals, and people during the first six days of creations as found in chapter one of the book of Genesis. Genesis 1:1

December 20 On the eighth day of Christmas, my true love gave to me, eight maids a milking. . . Eight milking maidens represent eight unique teachings of Jesus called the Beatitudes.  These words of Jesus from His sermon on the mount nurture and strengthen us much the way milk would nourish a child. Matthew 5:3-12

December 21    On the ninth day of Christmas, my true love gave to me, nine ladies dancing. . .The nine ladies remind us of the nine different fruits that the Holy Spirit produces in the lives of God’s children. Just as these ladies dance joyfully, so can every person rejoice over the life-changing fruit of the Holy Spirit. These gifts are worthy of great celebration. Galatians 5:22-23

December 22    On the tenth day of Christmas, my true love gave to me ten Lords a leaping. Lords were men with authority to command people’s obedience. Ten lords a leaping symbolize God’s ten basic laws, known as the Ten Commandments.

December 23   On the eleventh day of Christmas, my true love gave to me, eleven pipers pipping. . .  Eleven pipers represent the eleven apostles who were chosen by Jesus and remained faithful to Him. (of course, there were twelve before Judas’ betrayal) Like children who joyfully follow a piper, these disciples followed Jesus. They also called others to follow Him. They piped an everlasting tune of great joy, the salvation message of Jesus’ resurrection from the dead.   Mark 3:16-19

December 24   On the twelfth day of Christmas, my true love gave to me twelve drummers drumming. . .Just as the drummers beat out a loud, steady rhythm for marchers to follow, so the Apostle’s creed sets forth the beliefs of those who call themselves Christians. The twelve drummers represent the twelve vital Christian Beliefs that have been stated in the Apostles’ Creed for 2000+ years.

I believe in God the Father, Almighty maker of heaven and earth, I believe in Jesus Christ, His only son, our Lord, who was conceived by the Holy Spirit and born of the Virgin Mary. He suffered under Pontius Pilate, was crucified, died, and was buried. He descended into hell and on the third day he rose from the dead. He ascended into heaven and sits at the right hand of God the Father. He shall return to judge both the living and the dead. I believe in the Holy Spirit, the holy church, the communion of the saints, the forgiveness of sins, the resurrection of the body and the life everlasting.

Purchase The Magic of Christmas